Why Would a Company Use Liquidating Dividends? 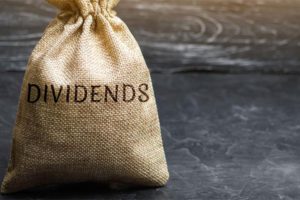 What are liquidating dividends?

Dividends are a share of a company’s profits that is paid to shareholders, usually annually, based on the number of shares held by each individual shareholder. The value of a share is based on its market value, i.e. how much each share is worth according to the financial markets. So, for example, if the market values each share at £3 and a shareholder holds 1,000 shares, they will receive a dividend of £3,000.

These are known as regular dividends and are paid from the company’s retained earnings, i.e. the profit made in that year of operation. However, if a solvent company is being liquidated, shareholders will receive what are known as liquidated dividends.

Therefore, the company uses its £200,000 retained earnings first and the balance of the dividend will be paid from the company’s capital base of £1 million, which will be £400,000. For a shareholder, their total dividend equates as:

So, a shareholder that holds 1,000 shares will receive a total dividend of £3,000 which is broken down to:

The liquidating dividend represents the return on the shareholders original investment and generally, this proportion of their total dividend is not taxed.

When are liquidating dividends paid?

Liquidated dividends are paid when a solvent company is closed down, i.e. liquidated, through a members’ voluntary liquidation process (MVL).

With a members’ voluntary liquidation in the UK, the company must not only be able to pay all their creditors in full within 12 months of the process being completed, they must also be able to pay all future liabilities, such as HMRC in terms of corporate tax and VAT, the closing of company accounts, any lease and finance arrangements, and any PAYE/NIC obligations.

Part of the appointed liquidator’s role is to distribute the company’s assets, i.e. in specie, and remaining monies once all the creditors have been paid, among the shareholders. The company’s shareholders will receive their regular dividend, which is subject to tax, as well as a liquidating dividend, which is their return on their investment and generally, is not taxed.

For most solvent companies that are closing down, if the majority of the shareholders are individuals and the distributable assets are worth more than £25,000, an MVL is the best process.

When a company goes through the MVL process, because its distributable assets are paid as a capital distribution, they will incur capital gains tax rather than income tax. Therefore, it is subject to a rate of tax that is different from your income tax band. In addition, shareholders may also be able to claim Business Asset Debt Relief (DABR), formerly known as Entrepreneurs Relief, which will reduce the amount of tax payable on the capital distribution. However, the shareholder will need to have held more than 5% of voting rights in the company at the time of the liquidation.

Whilst the tax benefits are favourable when a solvent company is liquidating, HMRC keeps a close eye on how tax is claimed. In order to prevent people from using an MVL as a way to avoid paying tax due, HMRC implemented new changes in April 2016 which means that shareholders claiming DABR and tax relief on the capital gains of liquidated capital distribution will need to prove that:

HMRC’s Targeted Anti-Avoidance Rules (TAAR) was introduced to ensure that shareholders do not abuse the tax advantages when winding up a solvent company. Known as the Anti-Phoenix rules – Phoenix is when directors and/or shareholders close one company and subsequently open another similar company, or one with the same purpose, i.e. a new company rises from the ashes of another – HMRC will re-classify a shareholders capital distribution as an income distribution if they believe that tax avoidance is the case, which will result in dividend tax rates of up to 38%.

If you are considering winding up a solvent company that is no longer needed or the directors wish to retire, or you are a shareholder looking for advice on liquidating dividends, the first step is to seek professional advice. Our highly experienced professionals at Leading UK are on hand to help on any of these issues.