Which creditor is exposed to the highest level of risk when lending to a company?

When a creditor lends money to a company, it is taking a risk. Whether the creditor is a bank or other lending institution, a credit card or mortgage provider, bond purchasers or utility companies, or an individual, director or shareholder, lending money is a risky course of action, particularly if the debtor defaults on payments.

That said, should a debtor default on their payments, some creditors are in a better position than others in seeing a return on their debt in respect of creditors voluntary arrangements, or even liquidations. This is because there is a set order of which creditor gets paid first, as detailed in the Insolvency Act 1986. 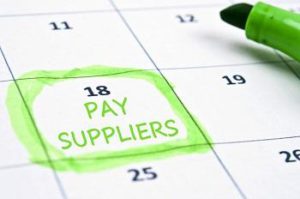 What is a credit risk?

To understand the level of risk a lender is taking, it’s important to understand what a credit risk is. When a business lends money to a company or an individual, or allows customers to buy their services or goods on a credit basis, there is a risk that the debtor won’t pay back some or all of the loaned funds, including interest. This is known as a credit risk, or credit default risk.

The risk includes the principal sum, the interest on that sum, any disruption to the lender’s cash flow and the cost incurred in collecting the debt.

How do lenders assess credit risk?

Credit risk is based on the debtor’s ability to pay back a loan. Most loan providers use the services of a credit rating agency – there are specific agencies for consumer credit and commercial credit. Companies like Moody’s, Standard & Poor or Fitch hand credit checks for businesses and countries.

The higher the risk, the more likely the borrower will not be able to meet repayment obligations and may well go as far as entering into a Creditors Voluntary Arrangement (CVA) with the company’s creditors. The same principle applies to corporate debt in terms of investors purchasing bonds. It is the lender’s responsibility to carry out the necessary credit checks before they agree to lend money to a company.

Which creditor takes on the highest risk?

Before you can determine which creditor takes on the highest risk, it’s important to know which creditor gets paid first when a company defaults on a loan payment, thereby entering into a creditor’s voluntary arrangement. It is also worth noting that HMRC’s ranking in the list of creditors has changed, as of 1st December 2020. Formerly considered an unsecured creditor, they have been granted preferential status again. The creditor ranking, in accordance with the Insolvency Act 1986, is as follows:

There are two categories of secured creditors – those with a floating charge and those with a fixed charge. Creditors with a floating charge do not have a claim on a specific asset but covers other assets, such as stock. Creditors with a fixed charge are more secure in that they have a claim over a specific asset(s) and are more likely to get their debt repaid.

With any floating charge that was agreed after 15th September 2003, any debt paid is subject to what is called a prescribed PART, i.e. a certain amount must be set aside for allocation to unsecured creditors. Fixed charge loans are formally registered with Companies House. Examples of secured creditors include banks as well as providers of finance and agreements.

In reality, if an insolvent company goes down the liquidation or bankruptcy route, there aren’t sufficient funds released from the sale of the company’s assets to pay unsecured creditors. However, taking the decision to enter into a company voluntary arrangement is a preferred option for many creditors, as long as they are confident the debtor will make the regular payments, and they are likely to receive most of the debt back.

If your business is struggling with debts or you are thinking of winding up a solvent company voluntarily, the first step is to seek professional advice. Our highly experienced professionals at Leading are on hand to help and advise on the process.