Is it possible not to pay back your debts by hiding your money from creditors?

Not paying back your debts is not an advisable course of action. However, if you decide to go down this route, it’s best to know where you stand and what your legal rights are. Most of the time, your debts will be chased down by a debt collection agency but sometimes, it is the creditor that will pressure you into business debt payback. 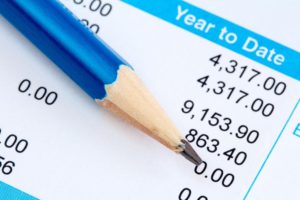 What are debt collection agencies and creditors allowed to do when chasing a business debt?

Firstly, if the creditor has not contacted you regarding a business debt, and no action has been taken to recover the debt, the debt is called ‘statute barred’. Essentially, this means that time has run out for the creditor to collect the debt, despite the debt still being legally owed to the creditor. It is considered unfair if a debt collection agency or a creditor misleads a debtor into thinking that they are allowed to still recover the debt.

If you have told the debt collection agency or the creditor that you are not paying the debt but they continue to press for payment, it may be considered as harassment. This goes against Section 40(1) or the Administration of Justice Act 1970.

If you are being chased for business debt payback by more than one debt collection agency working on behalf of one creditor, this is considered bad practice.

When you query a debt with the debt collection agency or creditor, they should not continue to chase for business debt payback whilst the dispute is being investigated and resolved. The debt collection agency or creditor must detail the outstanding debt. In the eyes of the law, it is up to the creditor to prove the debtor owes them money, and why. It is not up to the debtor to prove they don’t owe the debt.

What to do if a creditor or debt collection agency makes contact? 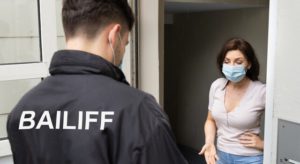 When a creditor or debt collection agency contacts you about business debt payback, which can be done by telephone, a letter or even a visit to your business premises, there are certain things they must make clear. They must state who they are, the company they are from, what their role is, i.e. a debt collection agency chasing the debt on behalf of a creditor, and their purpose, such as collecting an outstanding debt.

Some agencies and creditors will try to blind you with technical jargon, or may try to confuse you, or may even mislead you into thinking that legal proceedings will happen. This is also considered an unfair practice. If a creditor is planning legal action, they need to actually petition the courts for a final demand, not just threaten it.

What do I do if I refuse to pay back a business debt?

If your business is unable to pay back debts, particularly if they are unsecured debts, such as credit cards or overdrafts, you aren’t about to go to jail. Unless the business debt is a criminal fine, it isn’t an offence to not pay your debts. However, creditors can petition the courts to close down your business, i.e. liquidation.

There is a statute of limitation, known as statute barred, on business debt. In England, creditors have a limited length of time to chase business debt pay back. It is generally six years and within this time, the creditor must have contacted you on a regular basis for payment or has taken court action to recover the debt. For a debt to be considered statute barred, the debtor has not made any payments to the creditor to pay back the debt. The criteria are detailed in the Limitations Act 1970.

Whilst the debt still legally exists, if the creditor doesn’t take court action within the six year period, the debt is considered unenforceable. The creditor cannot take you to court after this period, and you are not required to make any payments towards the debt. However, if you make a payment, even one, within the six year period, the debt will not be deemed statute barred.

Most unsecured loans can be subject to a statute barred status in England and Wales, particularly if all the following criteria have been met:

In some cases, an insolvent business will attempt to hide assets from creditors, such as through paying extraordinary dividends to shareholders and repaying directors’ loan accounts just before they are declared insolvent. This is considered fraudulent and following an insolvency practitioner’s investigation, could lead to jail time. It is highly recommended that the hiding of business assets or money from creditors is avoided.

If your business is struggling with debts or you are thinking of winding up a solvent company voluntarily, the first step is to seek professional advice. Our highly experienced professionals at Leading are on hand to help and advise on the process.